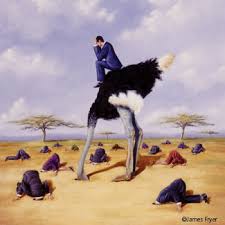 The July 20, 2018 edition of WNYC’s “On the Media” program( www.WNYC.org ) which discussed the history, psychology, and sociology of climate change was summarized by Alfred Friedland of the  CUNYPSC Environmental Justice Working Group. He covers the highlights, especially the information about how far back recognition of the problem goes:

It starts with a report to the Senate in the summer of 1988, saying 1988 so far is so much warmer than 1987 that barring a remarkable and improbable cooling, 1988 will be the warmest year on record . . . the greenhouse effect has been detected, and it is changing our climate now. The New York Times had a first-page headline about that report to the Senate in the summer of 1988 saying “global warming has begun, expert tells Senate.” Just below that, another story is entitled “drought raising food prices.” That’s because the country was under a month-long drought and heat wave that summer and officials estimate that between 5,000 and 10,000 people in the country died from the high temperatures. A news report of the time said “the summer of 1988 was a scorcher, but not a fluke–the 1980s have brought us the four hottest years in the last one hundred.”

A New York Times environmental reporter wrote a cover story for “Discover” magazine in October 1988 entitled “Endless Summer: Living with the Greenhouse Effect.” That writer has another article in this month’s “National Geographic” magazine.

A CBS news report from 1980, when the concentration of carbon dioxide in the atmosphere was only 339 parts per million, explained the heat-trapping characteristics of carbon dioxide. It said burning fossil fuels produces carbon dioxide in the air. It said coal is the worst culprit; oil and natural gas are somewhat less dangerous. The report also talked about how the melting of polar ice would lead to sea-level rise, and mentioned a number of cities that would be under water from heightened ocean levels. (This was back in 1980.)

I thought the most startling thing they said was that a “Popular Science” article in 1912 warned that we’re burning billions of tons of coal; it’s going to warm the climate; it’s going to cause changes that will endure for centuries [italics are mine]. 1912!

Later they talked about the psychology of imperviousness to change despite facts, and they also discussed some sociological implications. They also had a recording of NBC news anchor John Chancellor saying, in the hot summer of 1988, that energy is expensive, but look at this week’s cost of having a hotter planet. In the long run, he said, clean energy is cheaper. He said if we don’t do anything, this heat will only get worse. And they also mentioned that in 2011, the concentration of carbon dioxide in the atmosphere was 391 parts per million.

There was more, but this is a précis of the parts I thought were most interesting and/or most surprising.